It’s a hot topic that’s taken over in the media lately. It’s a big concern for industry, government, with mums and dads, in the lunchroom, and for those leaving university. No, it’s not petrol prices or crime stats. The big issue in 2018 is the changing nature of employment to part time casualisation.

The changing nature of the workforce is the result of several forces including demographic, technological and economic changes in Australia.  Each results in in higher levels of unemployment and the productivity growth of a nation.  However the emotional outcome is that shorter working hours have a direct impact on the wellbeing of Australian households, and the topic is complex.

Some might say, as a strategic decision, it makes sense for a lot of small to medium businesses to change their workforce to part time.  Many Australian businesses have labour costs which have been soaring out of control for years.  The hard hit retail sector has probably led the charge on casualisation and many have little choice but to cut out the full time employee, with on costs that are typically in the range of 1.25 to 1.4 times base salary.  So the cost range of a typical employee at $50,000 might be $62,000 to $70,000.  There is payroll tax, personal/carers’ leave, training, and the list goes on.

Depending who you ask, the reduction in permanent full-time positions (and relative increase in part-time, casual and freelance working hours) is either a great thing for workers’ choices[i] or a sign of a slowing economy and increasing gap between rich and poor[ii]. It’s certainly true that casualisation has impacted some industries more than others. For example, if you look at the ABS stats, the underutilisation rate has been increasing for over a decade now. In other words, the number of people with fewer hours than they want/need is on the rise[iii].

The term ‘casualisation’ means converting permanent full time and part time positions in to casual positions. Often the same (or similar) hours are worked, but being a casual means less stability and certainty for the worker. On the flip side, it gives businesses (especially vulnerable small businesses) extra flexibility with their labour costs.

Speaking of labour flexibility, the ‘gig economy’ has similar benefits and pitfalls. The term has emerged in the past few years as a handy way to describe a labour market that’s mostly about short-term contracts and freelance work, rather than permanent jobs. Several economists and HR commentators have predicted that in coming years, an increasing proportion of the workers will be contractors[iv].

No matter how you slice it, jobs are changing to part time and casual. At the other end of the scale, there is a growing divide of the out of work and the overworked.  We can navel gaze about the jobs and plan for a job that doesn’t exist but reality is that this is an unknown factor.

What do affected employees need?

They need a plan. When a position is made redundant, the affected employee/s may or may not be entitled to severance money. The news might be expected or not expected.  However the first step should be making sure they know what to do. How should they use their time in the coming days and weeks?  If entitled to redundancy then how can they make the most of that redundancy money? It’s critical to deliver content to address these kinds of challenges and questions. Online education is the most flexible and effective way of delivering this content.

Financially, a plan is the most important aspect. As the labour market continues to change, so too will the expectations of those looking for work.  The chance of it happening to you, your partner or a friend is high.  A plan of action allows us to maintain some degree of control over our lives even when it feels like everything is out of control.

Introducing the latest from Money101…

Money101 has developed a unit, ‘One of us just lost our job’ . An well-timed and well-delivered education that can support anyone going through difficult career times.  This unit can make a huge difference to the way the worker manages their finances. And help the next steps with home repayments or their financial planning.

Online education has particular potential in this circumstance, because it is:

‘One of us just lost our job’ is filled with tips and guidance on budgeting, getting organised, and getting in to the right frame of mind to keep moving forward. Check out the description by hovering over the image to get a better feel for whether it’s right for your organisation. Remember, we’ve got a range of customisation options. Get in touch with the Money101 team now. 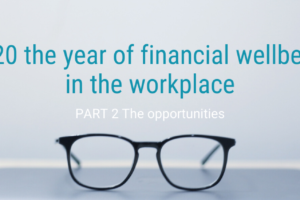 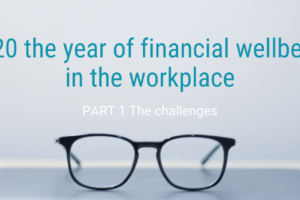 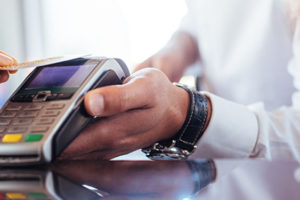