You only need to read a few comments sections or social posts to see: young people are sick of reading about how all they need to do is give up avo brunches to buy a house. Or how so-and-so bought fifty properties in their 20s (never mind the location, liveability or how much help they had).

Financial services providers have long assumed that every current or potential client either owns a home, or desperately wants to own a home. It’s only over the last few years that advisers, brokers and home loan providers have seriously started to consider that perfectly good customers might actually choose to rent for life. Or alternatively, that they might rather take on a small loan that they don’t have to slave away for 30 years to pay off. One bank has even built a campaign off the back of the idea, using the testimonies of terminally ill people (!) to dissuade customers from simply borrowing as much as they possibly can[i]. It makes a lot of sense when you consider the forecasts from respected economists and housing market commentators regarding the supposed upcoming corrections in housing prices. Basically, it’s a part of reducing mortgage risk.

One way to put things in perspective is to reverse engineer the problem of housing affordability for the average customer. As in, work out what they’d have to do in real life to save a deposit – and whether it’d be worth it.

We did the maths

[Disclaimer: these quick calculations are based on generalised, Australia-wide data on income[ii] and dwelling prices[iii]. For the sake of simplicity, we also left out LMI, transaction costs, and 100% borrowing with guarantors.]

One of the big complaints is that it’s too hard to save a house deposit. By the time a savings target is reached, prices have risen again and the potential customer no longer has the same percentage to put down. That makes a lot of sense when you look at the fact that capital city prices for all dwellings (houses and units) have risen about 7.5% a year over the last year.

The average person in Australia makes $1,160 a week, so $60,320 a year, and $49,169 after tax. So effectively, if they’re starting from scratch, they’ll need to save just under half their income per year. In other words, they’d need to live off around $480 a week. That includes rent, bills, groceries, transport, entertainment and sundries. Tough, but is it doable?

Show them how it’s done

There are a wealth of resources on how to do this. One Aussie writer[iv] suggested buying new clothes only when you really need them (which could mean only a few new things per year), keeping your grocery budget to around $50 a week, and basically live like a student again – share houses, public transport, boxed wine and all.

But as any successful homeowner will tell you, it’s not just about being thrifty. It’s also about making room for contingencies, so that if the unexpected happens, it doesn’t derail the plan. It’s also about making sure that mortgage payments can be covered once the purchase is settled, and what happens to living expenses during the transition from renting to home ownership.

As a service provider, you can be part of the solution. By preparing potential clients with well-rounded financial education, you can help them see how a mortgage can not only be affordable, but also a ‘good debt’ in the long term.

Is your family growing? It’s time to review your insurances.

Are your customers still on the fence about financial education? 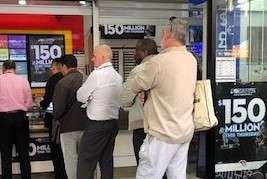